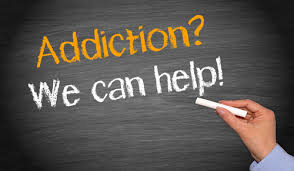 Addiction is a serious but treatable condition. Rehabilitation and recovery takes time and should involve both primary care treatment and gradual reintegration into society in a halfway house/sober living facility. Read on for a discussion of some of the key concepts.

Addiction is a chronic but entirely treatable medical condition which requires a lengthy treatment period (typically months or years) split across several phases. The first few weeks (at least) should be spent in a primary care rehabilitation centre where a patient’s immediate medical needs can be catered for.

Once a patient has been clean for at least three weeks and is showing signs of progress in their addiction recovery journey (this can take much longer than three weeks and depends entirely on the individual) they can move into a sober living house, sometimes referred to as a halfway house. Sober living houses provide a structured environment in which recovering addicts can gradually reintegrate themselves into society by incrementally taking more responsibility for their own recovery.

After a successful period in a sober living house (at least one month but generally around six months), patients can embark upon the final, often lifelong, phase of recovery: total reintegration into society. Skipping or rushing any of these vital addiction recovery phases greatly increases the likelihood of relapse.

What is a primary care centre?

As the name suggests, a primary care rehab should be the first port of call for all substance abusers. Primary care centres are inpatient facilities with qualified medical doctors on their staff. All the research shows that the first step in the treatment of chronic substance addiction should involve medical interventions and pharmaceuticals, so it is important to have the right staff on site.

The first priority, when treating drug and alcohol abuse is drug detoxification. But, as the National Institute on Drug Abuse (NIH) explains, “detoxification is not in itself ‘treatment’, but only the first step in the process. Patients who do not receive any further treatment after detoxification usually resume their drug use.” Detoxification tends to result in serious withdrawal symptoms and clinical treatment is highly recommended. Withdrawal is usually treated pharmaceutically, although electronic stimulation can also be helpful.

Once detoxification has been achieved (normally within about a week) the focus turns to relapse prevention. Here too, according to the NIH, patients can use medications “to help re-establish normal brain function and decrease cravings.” People who abuse more than one substance should undergo treatment for all the substances they abuse.

Therapy, both on a one-on-one basis and in groups, is also vital to the addiction recovery process in primary care rehab centres. Many drug and alcohol addicts present with dual diagnosis: not only are they addicts, but they also suffer from a mood disorder such as depression or bipolar disorder. Substance abusers are also 15% more likely than the general population to have personality disorders. The Depression and Bipolar Support Alliance warns that “a person who has a dual diagnosis has two separate illnesses, and each illness needs its own treatment plan.” Primary care centres are best equipped to deal with these complex cases and, once again, treatment can be both pharmaceutical and/or therapeutic.

What is a sober living house?

While the restricted living conditions and around-the-clock care that are characteristic of primary care centres are desirable (some might say essential) in the early phases of addiction recovery, they do little to prepare addicts for the ‘real world’. Remaining clean – even for years at a stretch – means very little if your behaviour and attitudes have not changed. Recovering from addiction is all about forming desirable habits and a sober living house is the best place to do this.

Sober living houses, also known as halfway houses, are a vital stepping-stone in the journey towards sobriety. The structure provided by sober living houses means that relapse is unlikely, but residents are also given the freedom to make their own choices. Generally speaking, the amount of freedom residents are afforded is in direct proportion to how long they have spent in the halfway house and their adherence to house rules.

Rules vary from house to house but can include curfews and wake-up times; submitting to random drug and alcohol testing; enforced attendance of a 12-step recovery program; and participation in community service or paid employment. This last requirement is usually reserved for residents who have been in the home for a while and are doing well in their recovery journey. The communal nature of halfway houses gives addicts easy access to sober companions and ensures peer support is always readily available. Peer support has been shown to be a key ingredient in the establishment of the behaviours and attitudes that are conducive to ongoing sober living and reintegration into society.

Academic research conducted by Douglas Polcin and Diane Henderson in California in 2004 showed that residents of sober living houses showed “improvement at six month follow up in a variety of areas, including substance use, work, arrests and psychiatric symptoms.” The same study noted that continued psychiatric support as well as “higher involvement in 12-step groups such as Alcoholics Anonymous” were associated with better outcomes.

The long and the short

Recovery from addiction is a long and arduous journey, but with the right combination of care facilities, it is entirely achievable. Primary care facilities provide the medical framework required to bring the addictive behaviour to an abrupt halt and to mitigate the devastating impact of withdrawal from detoxification. They also lay the foundations for avoiding relapse.

The restrictive conditions of primary care centres do not adequately prepare recovering addicts for the challenges and temptations of living in the world. This role falls to sober living houses, which balance strict rules on the one hand with the freedom to make healthy choices on the other. With its unique four-phase recovery program that is modelled on the 12-step system, the Living House in Cape Town provides a powerful combination of professional counselling, peer support and active self-help in nature and the surrounding community. Since its founding in 2011 The Living House has helped hundreds of recovering addicts in their rehabilitation journeys, and it will help hundreds more in years to come. 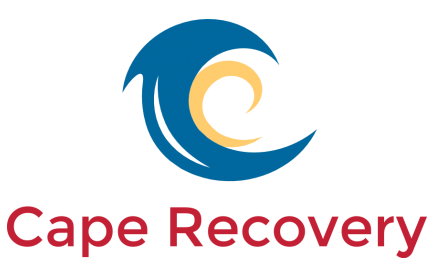 Need Help? Chat with us
Start a Conversation
Hi! Click below to chat on Whatsapp
The team typically replies in a few minutes.
Kyle